President of Ukraine Volodymyr Zelensky made a new statement about the negotiations between Russia and Ukraine – he said that he needed to meet with President Vladimir Putin “several times”, since there are so many issues that it is impossible to agree on everything in one meeting. Zelensky is ready to discuss the issue of refusal to join NATO and the status of Crimea only after the cessation of hostilities. 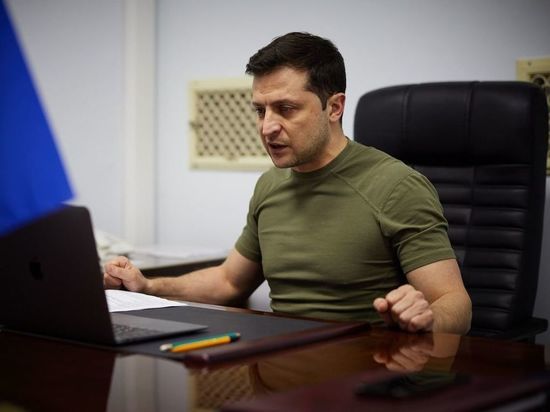 Zelensky noted about the content of the negotiations: he does not yet see how ready Russia is to accept the option proposed by Ukraine on some points, and vice versa.

Further, the President of Ukraine said: while the special operation is ongoing, he is not ready it's not about diplomacy.” At the same time, Kyiv is ready to conduct a dialogue on controversial issues. As for the status of Crimea and Ukraine's refusal to join NATO, Kyiv is ready for this only after the cessation of hostilities and the withdrawal of Russian troops from Ukrainian territory.

This afternoon, Zelensky said in an interview with the Ukrainian media: he sees two agreements – one on security guarantees (moreover, potential guarantor countries do not yet agree to guarantee Ukraine full military protection in the event of any invasion of its territory), the second – on relations between Russia and Ukraine

Earlier, Putin clearly stated his position: there will be no meeting with Zelensky until the delegations finally agree on the text of the treaty with Ukraine. The President of Russia also drew attention to the fact that the Ukrainian side moved away from the proposals that were discussed in Istanbul – it was about not extending security guarantees to Crimea, Sevastopol and Donbass, but then Kyiv changed its position. Putin has repeatedly stated: the tasks of the special operation in Ukraine must be fulfilled.

At the evening briefing, the Ministry of Defense cited data on the losses of the Ukrainian military since the beginning of the special operation – 23,367 people. And Zelensky, describing the situation in Mariupol, said: “Ilovaisk is possible” – referring to the largest defeat of the units of the Ukrainian army that fell into the “cauldron” near Ilovaisk in 2014.

Set It Off – Kill The Lights lyrics