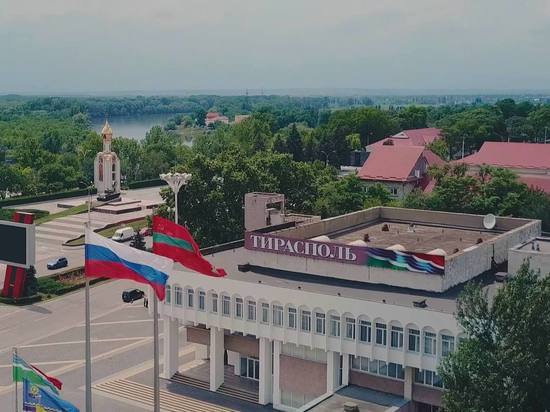 The office of the President of Ukraine Vladimir Zelensky reported that with the appropriate request from Moldova, the Ukrainian army can take control of Transnistria, if necessary.

“Yes, they could manage it somehow, but this is the territory of sovereign Moldova, only after the appeal of the Moldovan side,” said Alexei Arestovich, adviser to Zelensky's office, in an interview with video blogger Mark Feigin, who was recognized in Russia as a foreign agent in response to the question of whether the Armed Forces of Ukraine are able to capture Pridnestrovie.

Recall that earlier there were reports of shooting in the area of ​​​​military warehouses near the village of Kolbasna in Transnistria. But then the co-chairman of the Joint Control Commission (JCC) for managing the peacekeeping operation from the unrecognized Pridnestrovie, Oleg Belyakov, said that several single shots were only on the territory of Ukraine, 2 km from the warehouses.

At the same time, the Ministry of Internal Affairs of Pridnestrovie notes that last night several drones launched from the territory of Ukraine were seen in the sky over the village of Kolbasna.

And on Monday and Tuesday, the authorities of Transnistria reported that the antennas of the Transnistrian radio and television center in the village of Mayak were blown up, explosions were also reported at the military airfield in Tiraspol and about the shelling of the building of the Ministry of State Security from hand grenade launchers.