Zelensky's sweatshirt sold at Christie's auction in London for 90,000 pounds In an address to bidders, the President of Ukraine thanked “brave Boris” 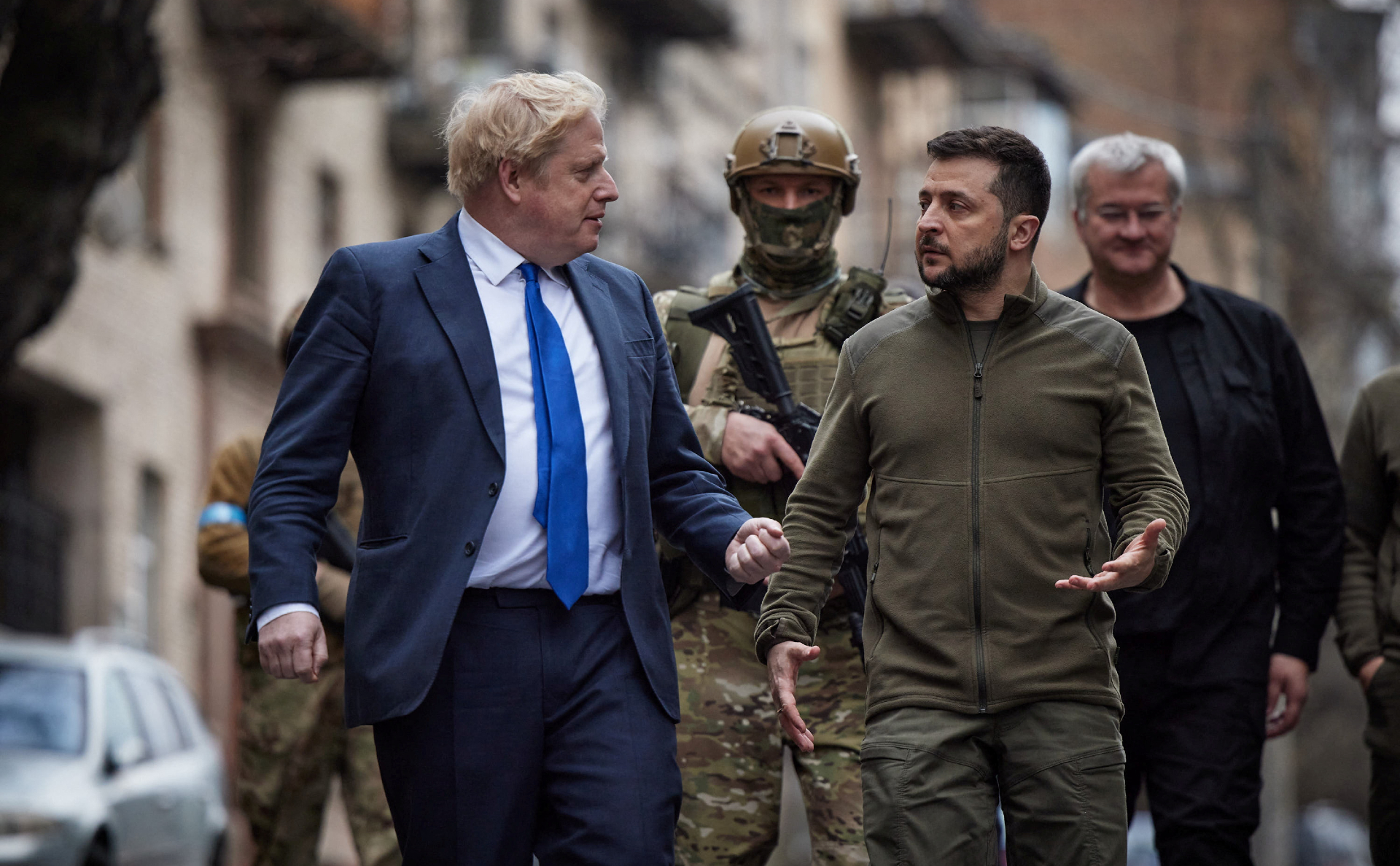 The khaki jacket of Ukrainian President Vladimir Zelensky was sold at Christie's London auction for 90,000 pounds (about $110,000), according to The Telegraph.

The auction was dedicated to raising funds for humanitarian aid, the final price of the lot was almost twice the original amount, the newspaper writes. Zelensky spoke to those gathered at the auction, expressing gratitude to the UK and thanking the “brave Boris” for a trip to Kyiv in early April.

Other lots were up for grabs at the Christie’s auction, including a pitcher of cockerels given to Johnson during his walk around the Ukrainian capital with Zelensky, as well as a city tour with Kyiv Mayor Vitali Klitschko.

British Prime Minister Boris Johnson spoke at the auction, his words are quoted by the press service of the government of the kingdom. He urged to take part in the auction, indicating that he wants to see higher rates for the jacket of the President of Ukraine and a tour of Kyiv. Johnson added that he had already been given a tour of the Ukrainian capital, calling it a “beautiful city” and adding that “it's worth it, dig deep.”

The Russian military special operation in Ukraine began on the night of February 24, this decision was made by President Vladimir Putin. He justified his actions by the desire for demilitarization and “denazification” neighboring country, claiming that the inhabitants of Donbass were subjected to “genocide”; and bullying.

Read on RBC Pro Pro From September 11 to the pandemic: how Booking Holdings overcame crises it is necessary to the fire, not from the fire» Articles Pro China's economy is falling, but the authorities deny everything. Is a Crisis Possible in China? What services are in demand Articles

After that, Ukraine severed diplomatic relations with Russia, introduced martial law and announced mobilization. Zelensky then appeared in public mainly in khaki clothes.