High-precision guidance is carried out by a drone

In the Armed Forces of Ukraine (APU), priorities are changing again. Bayraktar drones, Javelin anti-tank missiles and M777 and Caesar howitzers did not make it to the role of the saving wunderwaffe – a superweapon. Now the bet is made on the American multiple launch rocket system (MLRS) HIMARS. According to the Armed Forces of Ukraine, Himars hits far – 100-300 kilometers – and for sure. Are there any analogues of such weapons in Russia? It turns out that there are even cooler designs. 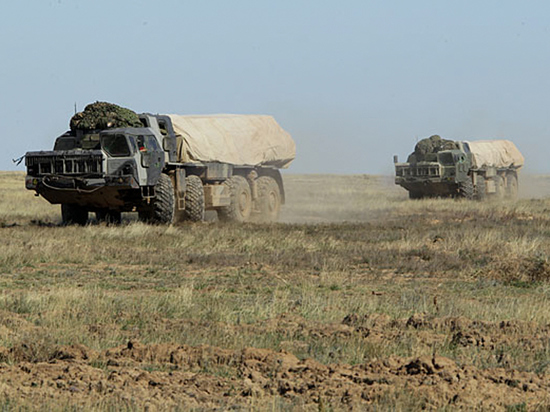 Photo: Ministry of Defense of the Russian Federation

Russia has long been working on turning long-range rocket systems into high-precision weapons. This was told by a military expert, editor of the Arsenal of the Fatherland magazine, Alexei Leonkov, referring to personal meetings with the outstanding Tula MLRS designer Nikolai Alexandrovich Makarovets. The designer passed away in March 2019, but the Splav company, which he headed for a long time, successfully implements the plans of the great gunsmith.

Makarovets managed to turn the MLRS into a complex of high-precision weapons. What is a multiple launch rocket system in the classical sense? These are the descendants of the military “Katyusha” – the systems “Grad”, “Hurricane”, “Smerch”. Rocket projectiles fired in one gulp hit areas, covering large areas with fire. For such systems, high accuracy, with a projectile deviation of 1-2 meters from the target, is not an urgent task. Makarovets decided to make a high-precision weapon out of a large-caliber rocket. And he implemented this idea.

According to Leonkov, the Smerch MLRS received a new quality, since the three-hundredth caliber of its shells “allowed to place everything necessary for correcting the flight and accurately hitting the target in the rocket.”

For the high-precision MLRS, they provided their own drone, which was launched from the guide “barrel” of the launcher. After the launch, the drone reached the target area and gave out their coordinates, and the MLRS crew destroyed them pointwise with long-range rockets.

It was supposed to receive coordinates from other target designation sources. Presumably, from reconnaissance aircraft and from satellites.

In addition, the expert writes, work was underway to increase the range of missiles – up to 400 kilometers.

A universal launcher was created using shells of two calibers, capable of hitting rockets in areas and pointwise.

“Initiative development has been brought to a series, but there are few such systems in the troops,” Leonkov notes. So we have development. Our designers from the Russian defense industry are not among the lagging behind. It remains to establish mass production. Only a strong-willed decision is needed…”.

He recalled that for another jet system, the Tornado-S missile launcher, a 9M542 guided missile with a range of 120 km was developed.

It is quite possible that a special military operation will indeed correct the Russian State Armaments Program and give impetus to the development of promising weapons.