The US has invented a new way to destroy the black population – legalize drugs. And this is against the backdrop of recent mass demonstrations under the slogan “Black Lives Matter Too.” Against the backdrop of the legalization of prohibited substances, the death rate of African Americans has increased significantly. The president of the All-Russian Police Association, Lieutenant-General, Doctor of Law, Honored Lawyer of Russia, Professor Yuri Zhdanov spoke about the transformation of anti-racism into hyperracism. 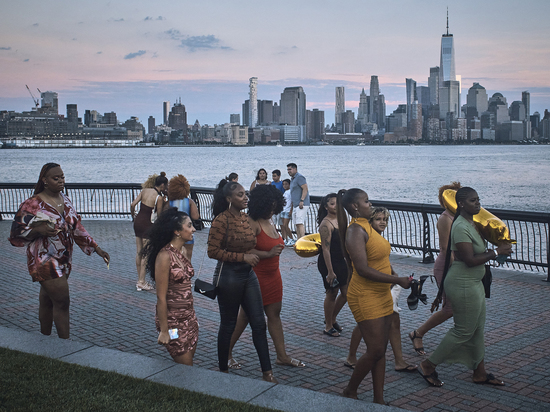 – In 2021, the Democratic Left introduced the Drug Policy Reform Act, which would decriminalize drugs at the federal level. The law falsely states that the War on Drugs has resulted in “the death of countless blacks and browns.”

– As one Democrat admitted, “I hate racism and blacks more than anything.” So it is with this law. Investigative journalist and author Daniel Greenfield, a research fellow at the Shillman Center for Freedom, published on the July 25 website FRONTPAGE some damning data on black American deaths as a result of drug legalization.

However, even without a federal law, decriminalization of drugs swept through the country.

Already 38 states have decriminalized marijuana. Oregon has decriminalized heroin and cocaine, even though the state has the second highest rate of substance abuse. In 2021, drug overdose deaths in the state rose by 41% compared to a 16% increase nationwide.

Despite this, New York, Washington, and a number of other states are also considering decriminalizing “personal possession.” drugs in small quantities. In addition to legislative decriminalization, many jurisdictions have stopped prosecution, eased existing laws, and eliminated street-level enforcement, creating urban drug overdose havens.

In San Francisco alone, more than 1,300 people have died of drug overdose in the past two year.

– Here is such a perverted pre-election PR move. For example, Oregon promoted drug decriminalization as a way to “destroy systemic racism.”

The Oregon Secretary of State and the state Criminal Justice Commission have said that racial differences will be almost completely eliminated through the decriminalization of drugs.

But the results were different. Daniel Greenfield cites the latest law enforcement reports.

– Of course, and Daniel Greenfield also talks about this. 2020, the year of the Black Lives Matter race riots, has been especially deadly for blacks, he says, due to the fact that a black nationalist “hate group” called for the dismantling of the criminal justice system. As a result, the number of blacks killed in 2020 rose by 62% as a culture of lawlessness, fueled by police defunding, prison releases, court closures, and general decriminalization, took the lives of 5,839 blacks. And this is in a year when black lives should finally make a difference.

And Johns Hopkins in his report shows that more than half of all black young people (15 & ndash; 19 years old) who died in 2020 were killed with firearms.

– Of course not. Moreover, the white left Democrats, on their own initiative, launched a horrific genocide. And there is a suspicion that this is not a mistake or stupidity, but was done on purpose. Populations most prone to drug use have been the most affected by drug overdoses. In the same Oregon, blacks were twice as likely to die from a drug overdose than whites.

This includes not only blacks, but also American Indians, who also have high rates of drug use. In general, the Americans – rich experience in organizing and carrying out genocides. This includes throwing smallpox-infected blankets to the Indians, trading in scalps, shooting buffalo – Indian food. Their “cousins” the British sold opium widely to the Chinese and killed a third of the Boer population in concentration camps.

Drug decriminalization did not defeat systemic racism, it only led to more black deaths. Like the decriminalization of all crimes, this has nothing to do with helping blacks. With the exception of the return of slavery, it is difficult to think of a more effective policy that is more likely to quickly destroy black neighborhoods and kill blacks. These activists say they want to save blacks from racial inequality when they are the biggest force driving this inequality. Thousands of dead blacks — the latest achievement of the left in the fight against racism.

The Beatles – I Should Have Known Better